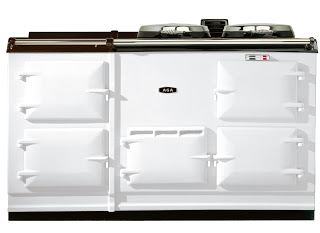 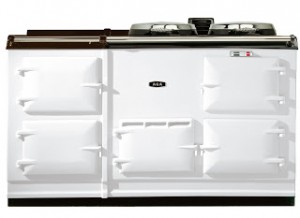 Anyone who knows me, or has seen my cooking videos on YouTube, will have grasped the fact that I am extremely enthusiastic about things that genuinely excite me. There is one particular item in our new house which has sent this into overdrive; the black beauty lurking in my kitchen that goes by the name of Aga. Yes people, I now have my very own cast iron culinary creator. To say I am thrilled by this is somewhat of an understatement as the victory dance I did at the viewing, and the estate agent, will testify!

So what is it about the Aga that still makes it a must have in a world where everything is getting smaller and becoming ever more reliant on technology? First off there’s the prestige of owning one and seeing what treats it delivers, then there is the history behind them and how the great cooks of the past, which we hold in such esteem, used them to create the famous dishes which we still enjoy today.

I decided to create a ‘must make’ list of the first things I wanted to cook in my Aga, okay it’s technically ‘ours’ but you get my drift, but the list is growing by the day and we haven’t moved in yet! Joking aside, an Aga is more than just an oven, it’s an extra pair of hands in the kitchen. Even those who think they can’t multi task will be turning out all manner of delicious creations when they get one of these bad boys.

They aren’t for every kitchen however, but this is purely due to their size. Mine measures a whopping 1.5m but it is this that allows you to cook so many things at the same time. I remember the days of cooking a Sunday lunch for 10 with an ordinary oven and a few rings and trying to keep everything hot to serve it up. Now my Aga will take care of all that for me and every pea, sprout, carrot and potato will be piping hot on the plate.

This size makes a lot of people think they will render energy bills that make your eyes water but in fact they are really efficient. The heat they generate will warm the entire kitchen and probably the adjoining rooms too so no need for those radiators to be in use. It doesn’t just cook either and has frequently been referred to as a “domestic workhouse”. The versatility of an Aga means that it can replace several of your appliances including iron, tumble drier, breadmaker, toaster, kettle and microwave.

I am literally chomping at the bit to give my Aga a whirl, but an item of such talent and magnitude deserves to have a name. Can you think of a good name for an Aga? I know of one that has been christened Delia, so what should I call mine?